Home
>
News
>
Technology
>
How do you calculate derating curve ?
Back to top

How do you calculate derating curve ?

DC to DC converter is commonly used in extreme environment like industrial, automotive and railway application. Therefore, the product verification of performance and reliability at high/low temperature is very crucial. During the design verification, not only the product must be able to operate normally at the high temperature, but each part of the product must also meet its own specifications, such as resistance, capacitance, PWM IC or other semiconductor. Part which operating at over specification maybe reduce the reliability of the parts, leading to increased risk of product damage.

Common thermal evaluation methods, as shown in Figure 1 below 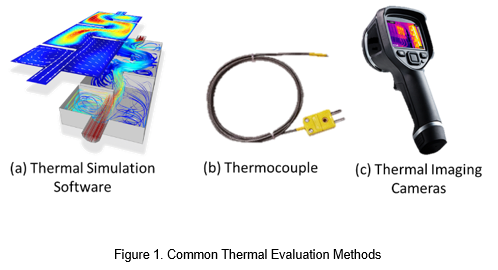 If there are lots of parts need to be tested. In this situation, it's suitable to use thermal imaging camera to find the hottest part. If the number of parts to be tested is small. It can use thermocouple to measure the temperature of each part.

However, the safest way is to use thermal simulation software to calculate the thermal behavior of each part at the beginning. And then, use thermal imaging camera to find out the part which has highest temperature rise. Finally, use a thermocouple to measure the part which has high temperature rise at room or high ambient temperature. The derating curve of converter is defined by these temperature data. User can used derating curve to check whether the converter is operating within a safe operation area or not.

Figure 2 is a diagram of the derating curve, which contain three information in it. 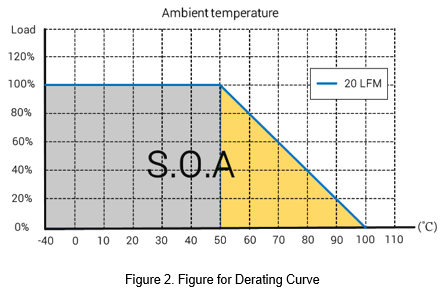 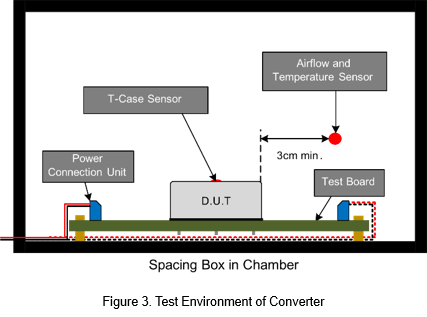 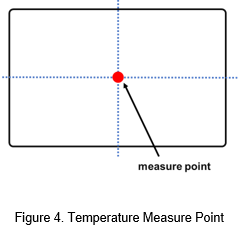 Thermal resistance is a heat property and a measurement of a temperature difference by a material heat flow. It can be calculated by the following formula.

After calculated the thermal resistance. Next step is using efficiency curve to get the power dissipation for different load. And then, the temperature rise and operable ambient temperature of the converter can be obtained.

The purpose of using a chamber to simulate the converter working under the combination of high or low temperature and humidity, in order  to confirm whether the converter is operating normally. 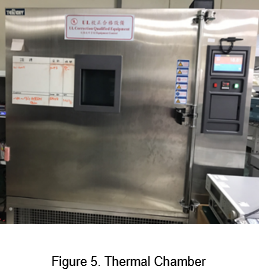 During the test verification, the converter will be verify at different temperature and loads base on derating curve. Taking Figure 6 as an example, it will verify the converter and internal parts at 70°C (100% load), 80°C (70% load), 90°C (40% load), 105°C (0% load). All the parts need to meet the corresponding temperature specifications. 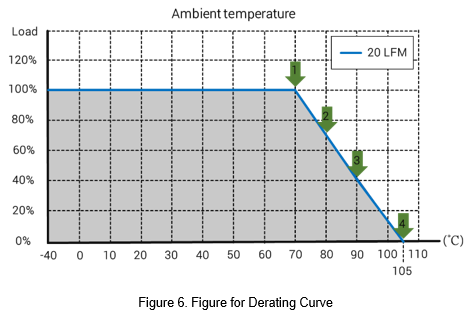 The following will use a quarter brick converter as an example. From calculating thermal resistance and get the derating curve. Table 1 shows the specifications of the converter, and Figure 7 shows the efficiency curve of the converter. 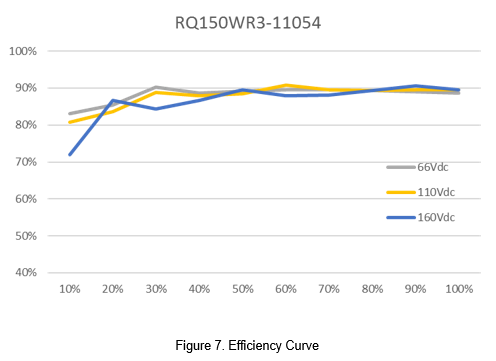 Figure 8 is a quarter-brick test board. The test board has four 2oz copper foils on the top and bottom sides. The purpose of the copper trace is to increase the conductive heat dissipation area. 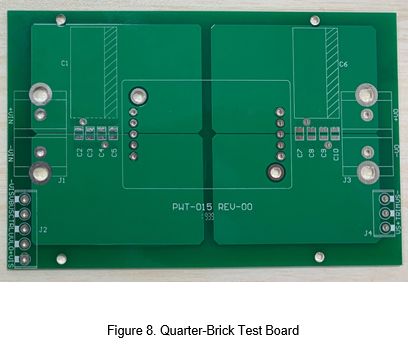 The converter is placed in the enclosed area with a size of about 30 * 30 * 20 cm as mentioned before. Figure 9 shows the quarter brick converter mounting on the PCB. Base on measurement result. It can be found that the converter can not operate at full load for a long time at 25℃, it will trigger the over temperature protection. It can only be tested under 80% load. The efficiency at this time is 89.32%.

Base on above information, the thermal resistance should be 5.44℃/W. 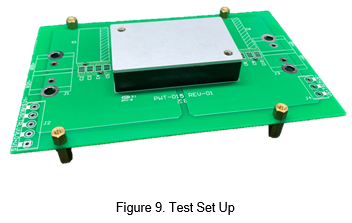 Base on thermal resistance and the power loss under each load condition, the maximum operable temperature can be calculated, as shown in Figure 10. For example, the efficiency at full load is 89.53%. Maximum baseplate temp : 105℃.

So, the operating ambient temperature at full load should be 10℃. 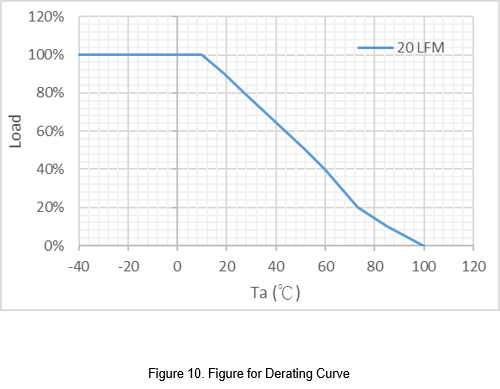 As it can see from the derating curve, lowering the ambient temperature, it can increase the operable power of the converter.

In order to get more output power at high ambient temperature, increasing the heat dissipation area is the better way. Such as attaching the base plate of converter to the system metal case. Or, add a heat sink to the converter, as shown in Figure 11.

Usually the heat sink or the base plate of converter will be separated by thermally conductive glue to increase the insulation distance and fill the gap between the two metal media through the glue to avoid poor contact. 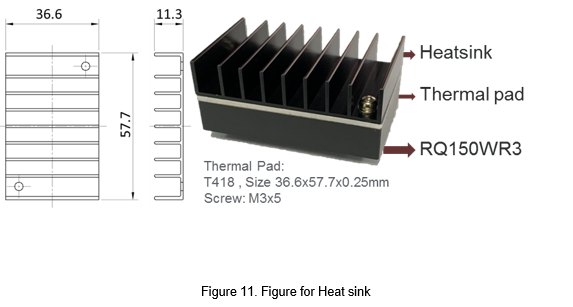 Using the same conditions, it can found that the base plate temperature is 87.2°C, when the converter was operating at full load. The ambient temperature is 25°C, and the efficiency was 89.53%.

Base the above information, the thermal resistance can be calculated as 3.55℃/W. 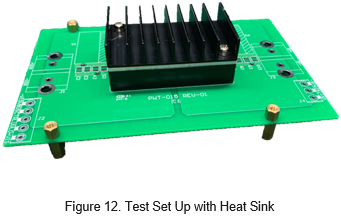 The maximum operable temperature can be calculated with the loss under each load condition after the thermal resistance is obtained. Figure 13 shows the temperature difference with and without the heat sink. 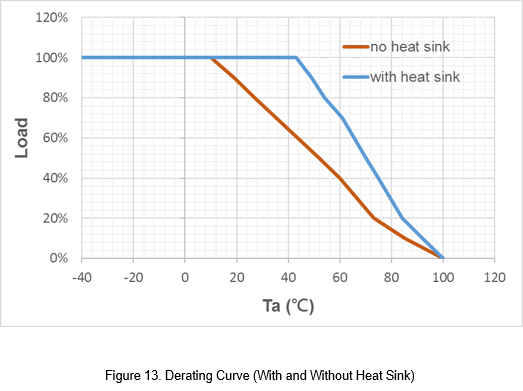 Finally, it can verified that the combination of each temperature and load for the converter by the chamber. To make sure the base plate and part will operate at safe operating temperature.